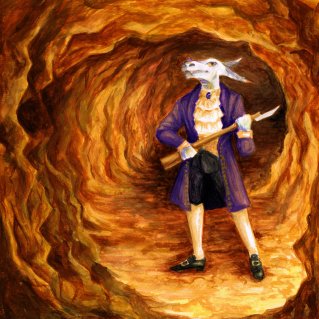 Violent glitches, field recordings, samples of hip-hop songs, catchy dance rhythms, processed and synthesized sounds, various instruments… I imagine the process of making Paraa involved Faxada, aka Przemysław Wojtaszek, throwing all of these things into a blender. A massive, hulking, industrial blender. And then what you hear when you play the album is  that blender assimilating every ingredient into an overwhelming stew of sound. Despite my tendency to do so, I don’t even think I’m being hyperbolic here; there’s little other way to easily describe Paraa other than “bat shit insane,” from its opening moments that physically assault your head from all angles at once throughout the various incredible combinations that Wojtaszek constructs. The record is a significant departure from his last release, Cohost, abandoning many of that album’s conventionality and sample reliance in favor of electroacoustic manipulations and synthesis. The tracks are short — there are 20 of them in less than 40 minutes — so none of them overstay their welcome. Wojtaszek presents you with this crazy, disarmingly immersive collage of sound, and just when you start to get lost in it he completely switches everything up and repeats the process with an entirely different idea. I’m starting to disagree with my own blender analogy, because while Paraa is tremendously chaotic it’s also clear it was put together with great care. The amount of creativity in this thing is just astounding; he sculpts sounds as if they are physical objects, building haphazard junk contraptions that you’d never guess would be so beautiful by just looking at the components. I could go on, but I think I’ve made it very clear how much I not only love, but am in awe of, Paraa. Buy this thing. You won’t regret it.