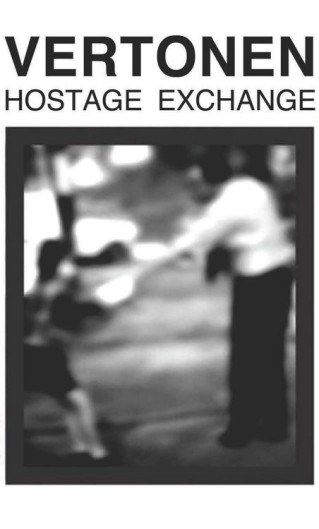 “What makes you think I am entitled to my own opinion?”

Hostage Exchange is easily one of the most cryptic releases I’ve encountered this year. It’s yet another instance of a No Rent release introducing me to a great new artist, but somehow I don’t think being familiar with Blake Edwards’ past work as Vertonen would be much help in deciphering the arcane sounds harnessed on this tape. Edwards sculpts janky, unpredictable soundscapes from devices and field recordings, and when I say unpredictable, I mean it; there’s a flash of punishing noise midway through the first side that scared the living daylights out of me (happy Halloween, I guess). What interests me most about this release, however, is how the disparate elements clash and the ways in those juxtapositions change how the listener feels. Recordings of soft footfalls and bird calls that might have been peaceful on their own are unseated by mechanical clicks and buzzes, casting those familiar textures in a less unidentifiable light. The battles between elements are sometimes very physical, especially during part C of the second side when Edwards literally blasts away the sounds of people murmuring and milling around with an unyielding wave of squalling noise. Needless to say, Hostage Exchange gives the listener a lot to think about.