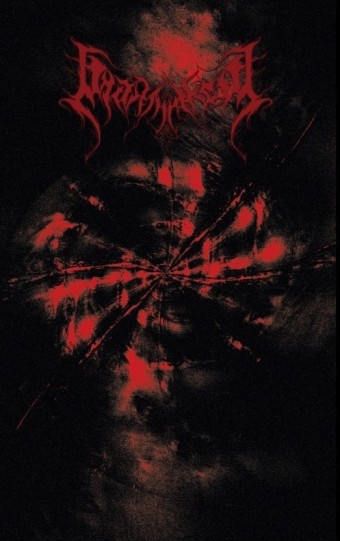 I don’t know much about the occult; the extent of my knowledge of dark, unholy rituals is limited to what I’ve seen in folk horror movies. But in my humble opinion, I’m pretty sure “Invoke,” the opening track of Pharmakeia, does exactly what its title implies. Amidst cavernous darkness conjured by droning tremolo guitar and propulsive blast beats lurks a terrifying energy, one that almost dissuades me from listening because I feel like I’m allowing it to escape. This newest proclamation from the mysterious Prava Kollektiv is the debut release by the project Pharmakeia, the details of which are expectedly sparse, but the music speaks for itself. From the first nightmarish minute of “Invoke” the self-titled tape is a harrowing stumble through an atmosphere of pure evil—and I know that sounds hyperbolic, but I can’t think of any other way to describe the hellish angularity of the riff near the end of “Worship,” or the inhuman wails that pierce the darkness of “Calling,” or the ending of “Request” which sounds like a literal nightmare. Pharmakeia isn’t just dark; it feels completely saturated with malevolence, steeped in shadow and turpitude, and is an entirely unforgettable experience.

Pharmakeia is available on cassette and (eventually) LP here.