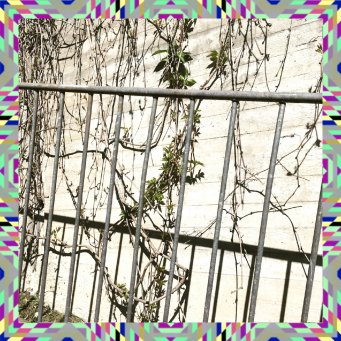 Applause is really a weird thing when you think about it. It’s so ingrained in our social existence that it’s one of the first gestures a child learns, a universal human reflex to show appreciation or support, an unmistakable sound of numerous single sources melded into one. As a texture in abstract music—that is, when it’s element triggered, intended, or purposefully highlighted by the artist—it always struck me as sort of austere, overly weighty, like it just shouldn’t be there. But the communal sublimity of Green Ways completely changed that opinion, and since then I’ve encountered several examples of interesting and effective use of injected applause; one that immediately comes to mind is Astor’s wonderfully strange The Aubergine Dream cassette (Mark Harwood’s recent work in general is a treasure trove of fascinating structural distortions). A new “live” release from Tomutonttu, the sprightly solo project of Kemialliset Ystävät founder Jan Anderzén, is an unexpected but welcome addition. On Elävänä ullakolla EP, presumably as an acknowledgement or exploration of the May 8th performance’s lack of physical audience (Anderzén played the set for the Musa Ullakolla 5 Online Festival), various recordings of collective claps, cheers, and other crowd-conjured cacophonies are woven together with the usual Tomutonttu toolkit of agile electronic noodling. Once each piece really gets going it eventually settles into the stumbling melody-messes and futuristic new age flavors I’ve come to expect, but Anderzén’s family of cheerfully bizarre “folk” music is a pillar of my taste for a reason, so Elävänä Ullakolla EP is yet another new favorite, and the applause splicing is pretty unforgettable.