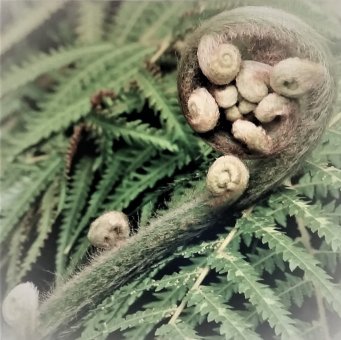 The older I get, the more I wish people who have absolutely no musical knowledge or “talent” would pick up an instrument and just see what happens. “Outsider” designations are becoming increasingly dubious as the lines between chaos and convention, amateur and adept, and other previously established dichotomies progressively disappear. Why listen to well-produced work with crystal-clear technique when you can get lost in the shadowy smog of Mosquitoes, the fuzz-drenched frolic of Marsilioficino, the fluid dissections of Greymouth, the orchestrated off-kilterness of Palberta? The answer, of course, comes down to personal preference, but I still challenge everyone to question their unwavering, unquestioning allegiance to order in rock and pop music. Raised by Volts, the mysterious and possibly long-defunct duo of Tony Massarello (Who Cares How Long You Sink) and Larry Robertson, certainly abandoned any faithfulness to tradition, instead using an overstuffed toolbox of thrift-store guitars, circuit-bent toys and effects pedals, and a general creative irreverence to improvise fleeting stretches of the messiest possible rock music. Eye Fern Eye, Tooth Fur Tooth, released digitally by Wealth and Physical Stamina, seems to be their only release. The source recordings were made over a decade ago using “multiple consumer-grade tape recorders thoughtfully placed around the room” (truly “Culled from Shreds”), their age only adding to the album’s overall atmosphere of delirious haze and distance both temporal and physical, and have since been “layered,” “spliced,” and otherwise combined or stitched together to create this sketchbook-like collection of half-formed tunes. Would moments like the wonderfully sloppy major key riff in “Delect” or the sprightly, bubbling drift of “Reanimator” be as unforgettably beautiful if not for the low-fidelity, shaky structure, and much-less-than-perfect musicianship? Absolutely not.