In a format identical to last year’s list as well as 2018’s, here are my ten favorite albums that have been released during the first half of 2020. As always, the order is of little importance. 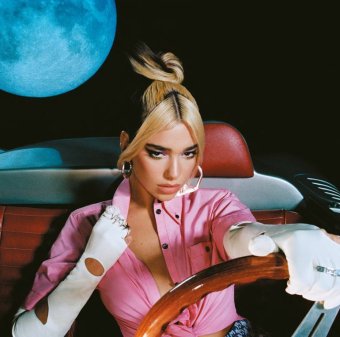 Though it came of little surprise based on the strength of the three singles, Dua Lipa’s sophomore spectacular is one for the ages. This is an impeccably crafted modern pop record, swirling infectious disco grooves and neon-lit synthpop bliss to complement one of the most amazing voices of our time. This is my most-played album of the year by a mile, and I doubt that will change in the next six months. Get used to a female alpha. 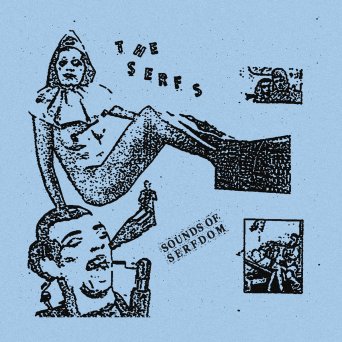 The debut Serfs LP is perhaps the crowning achievement of the vicious vortex of creativity that swirls around members Dakota Carlyle, Andie Luman, and Dylan McCratney throughout their various bands and side projects. A love letter to minimal synth mystique, DIY cassette obscurity, and catchy songwriting swathed in enticing darkness. Original review

I would say something like “there’s not much I can say that I didn’t already cover in my fabulous review”… if that were actually true. One of the many reasons why I fell in love with this release is how much it makes me think, and I really don’t believe there’s a limit to the paradoxical ponderings that are unavoidable when one is faced with Cooke’s eccentric approach. But I also believe that regardless of all that, this is a beautiful and unforgettable collection of music. Original review

When I was sent this record I was instructed (redundantly, if it isn’t already obvious) to get stoned before I listened. Which I did, but it might not even be necessary because The Sense of Hearing is so drugged-out and surreal that it probably gets you high all on its own. This LP expands on the previous self-titled cassette in virtually every way, scraping the dirt and mold from the cracks of long-forgotten music and smearing it through the air in hazy, spectral strokes.

Fluxus bizarro masters Brandstifter and Dirk Huelstrunk team up for an enigmatic adventure into surreal sound poetry and churning electronics. The six tracks scramble and stumble with a strong-armed deliberation, all mutated melodies, ranted nonsense, throaty mouth sounds, and endless layers of processed curiosities to get hopelessly lost in.

Granice is one of those genre-defining releases that only come along every decade or so. This single 36-minute-long track by a Polish mainstay is the loudest, fullest, most brutal and crushing example of static noise I have heard in a long time, and it renders me completely awestruck and immobile for its entire duration every single time I listen. A masterpiece, truly. 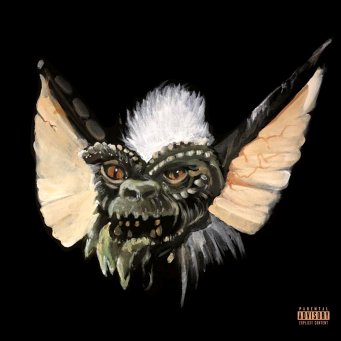 Ever since I feel head over heels in love with the glorious vice-ridden delirium of ZelooperZ’s HELP mixtape, I’ve come to appreciate each of his successive albums for unique reasons. Gremlin is a fantastic example of what I love most about the young Detroit rapper (that others seem to view as flaws): a succinct yet sprawling sketchbook-like structure, skeletal trap assemblages, hilarious one-liners, and oodles of the dark, hedonistic claustrophobia that seems to permeate all of his work. 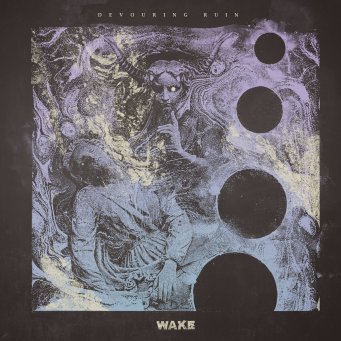 Wake’s 2018 LP Misery Rites was one of my favorite metal releases from that year, but nothing could have prepared me for their follow-up, the stunning behemoth of extreme metal mastery that is Devouring Ruin. Stretching out nearly double the length of its predecessor, this monstrous album transposes the Calgary quintet’s penchant for furious deathgrind to a much wider arena of blackened atmospherics and cathartic post-metal climaxes.

The final installment in these two Oakland improvisers’ trilogy of terror is a must-hear for even the most experienced skronk-heads. This hour-plus affair is an absolute wonder to behold, whether you interpret it as the sound of two adventurous wind musicians collaborating or the desperate, squawking final breaths of conventional music as it is mercilessly beaten to death. Original review

This seething current of cracklingly high-energy jazz is anchored by the hypnotic utterances of Camae Ayewa, a.k.a. Moor Mother, whose fruitful and superb year is easily topped off by her second record as a member of Irreversible Entanglements. The constant interplay between Luke Stewart’s bass and Tcheser Holmes’s percussion is a fluid but steady backbone for the restless compositions that unfold. A powerful and likely long-enduring document of our times.

UVC - Broken Phonemes of the Unconscious(ness) Grid (Regional Bears, 2021)
I still don't have my turntable but sometimes I take this out just to look at it
Coma Winds - Fuoco (Abhorrent A.D., 2021)
Diam Mati: "Devised as some wretched combination of technical joke and aural self-flagellation, 'Endurance Music' is 85 hours of harsh noise."
Ezio Piermattei - Gran trotto (Choccy Monk, 2018)
I don't know how many of these CDr versions actually exist but it's also available on tape and digitally from dents de scie GET ON IT
Natalia Beylis - Variations on a Sewing Machine (Beartown, 2021)
Stomachache - Good Machine (self-released, 2021)
Exit 40 - Mirroring Exhaust (County Tapes, 2021)
Ins & Ens - Landshare (Modern Concern, 2021)
Pigeon Discrimination (Titibête, 2021)
⛵
📣 📣 📣