My favorite Darksmith track is the haunting “Everything Is Breaking” on Total Vacuum because during the all-too-often times when everything around me is breaking it seems to be the only thing that gets it. Unfortunately, now is one of those times, and this latest breakage is uniquely catastrophic, so demoralizing and destructive that I find myself reaching to memory, nostalgia, other distant inner-intangibles because the present is no longer survivable. I’ve gotten a lot better at making mixes since I cobbled together Dusty Sun more than half a decade ago, both in terms of technical arrangement and thematic curation (and Mark Kozelek has become a lot more of a known abuser), but this time capsule of my favorite tracks from days spent neglecting the sunsets remains a somewhat entertaining hour of music—at least, in my opinion—so I’ve kept the original cuts the way they are. The answer is in the amber and I can only keep averting my eyes for so long.

* Please do not financially support Mark Kozelek (which includes streaming), especially not on my behalf.

This is the fourth and final of my Halloween mixes. Tomorrow is the big day, so here is a collection of immersive horror-soundscape tracks, spooky samples, and general scariness to get you in the spirit.

The music plays, the bass thumps, thuds, thumps. The moon shines high overhead despite you being 90% sure you’re inside. Fog rolls in across the sticky beer-drenched floor and a chilling wind blows, but it just feels like a nice breeze to your overheated, sweat-drenched body. What’s that on your forearm? Looks like a rash. You go to scratch it and recoil in horror as a decent-sized chunk of skin comes off with a single rake of your fingernails. Kneeling down to pick up the glob of gore only causes more to slough off as the rotted flesh of your back splits wide open, exposing your spine and your rib cage, out of which slide two sluglike, smoke-blackened lungs. You look around in helpless terror to see all of the other clubgoers gleefully shedding their outer layers, down to realize that it’s not beer that stains the floor, but blood, and up to the ceiling/sky, where the moon now shines a deep orange, casting the mass of dancing, prancing skeletons below in a bath of jack-o-lantern light. Welcome to the grave rave.

Halloween has been my favorite holiday literally since I was born. See below for proof (I’m on the left). It’s the only one whose “spirit” rivals that of Christmas, and shaped so many of our childhoods in important ways through its complexities of disguise, fear, independence, etc. For the entirety of my trick-or-treating tenure I was obsessed with the truly scary aspects of the holiday, always hiding behind corners to scare friends or carving horrifyingly grotesque jack-o-lanterns or getting sent to the principal’s office for my disturbing pencil drawings. But as I grow older, I’ve begun to see how the immense space that Halloween occupies in our culture remains largely unchanged in both size and content: nostalgia. For many people (including me), the farther away from your childhood you get, the more you want to reclaim it in some way; since Halloween is something of which almost everyone has fond memories, we collectively feed into the stagnant, nostalgia-fueled zeitgeist of “spooky” songs, classic movies, unchanging traditions, and general atmosphere of fear and fun at the same time—mostly fun, I’d argue. I don’t think anyone loves Halloween because they like to scare or be scared. We love it because it’s nearly impossible to feel otherwise, and that’s not a bad thing at all. While you may not appreciate my rambling pedantry, I hope you will feel differently about this collection of wholesome Halloween tunes (appropriate for all ages). 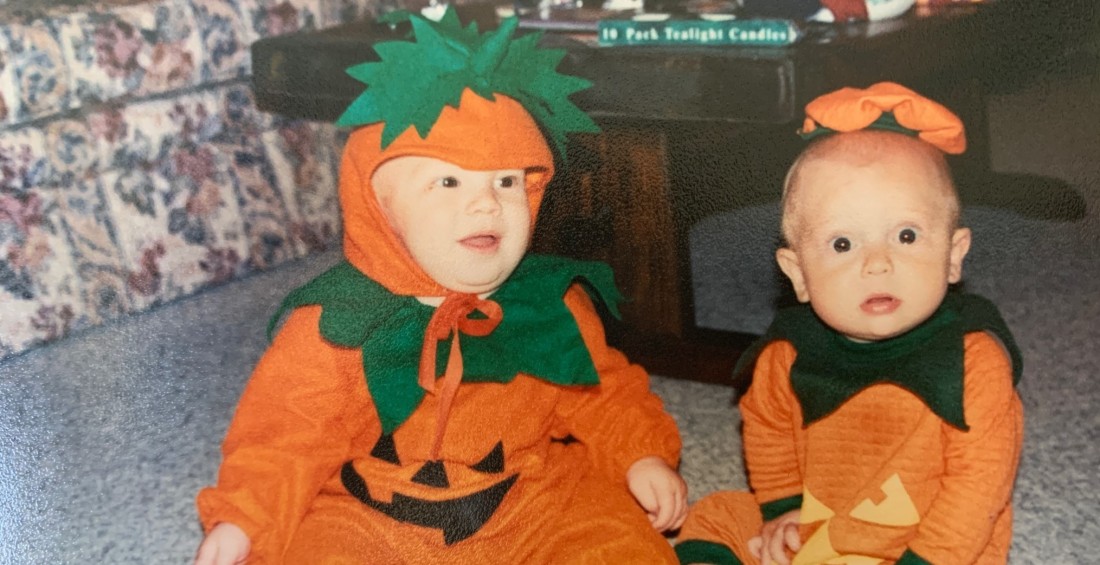 Someone on a forum once asked if it was perpetually Halloween in Memphis (not including the actual quote here due to its less-than-subtle coded racism), referring to the oppressive, gloomy, even disturbing atmosphere that was laid to so many inches of tape by many of the artists in this selection, among others. One could spend their entire life studying the complex 90s Memphis hip-hop scene and its stylistic or cultural impact, and this fascination with the gritty and the macabre is just one facet of those formidably creative artists’ work that survives in modern trap and other subgenres. This is the first of several Halloween-themed mixes I’ll be posting over the next few weeks (I am attempting to salvage at least some of the holiday spirit that seems to be dead-on-arrival this year), and combines my favorite examples of actual horrorcore—hip-hop that is legitimately scary or unsettling (ICP fuck off), and not always in a confrontational way—both classic and contemporary.

You can make music too! Confine yourself to a room with some trusted lunatic loves. Bash some metal garbage cans, scream your takeout order from last night over and over again, stomp on a thrift store guitar until it begs you to stop, use your human body as the highly mobile vehicle of destruction that it is. You’d be surprised at the amount of completely unmarketable trash you can generate. But hey, if it’s quality trash, someone—probably just me, but someone—will listen to it and put it on a mix.

Note: Be prepared for some jarring transitions. Maybe this will teach you to always stay on your toes.

This is a collection of mostly abstract pieces that seek to converse with both natural and industrial surroundings in ways well beyond simply documenting them. The title comes from Nicolas Snyder’s recent release of the same name, which also provides the first track of the mix. Each of these tracks has its own unique world or environment of direct field recordings, skeletons of melodies, wistful drones, spidery percussion, assorted audio detritus, crackling auxiliary textures, low frequency rumble, and other elements, beautifully coalescing into semi-stagnant meditations, immersive excursions, temporary places.

A collection of my favorite propulsive, driving motorik(ish) grooves. There’s more of a unifying vibe than that, but you’ll see what I mean. For the most part, the intensity ramps up as it progresses. Use it for a cleaning day or maybe a nice drive.

Someone from elsewhere is trying to tell you something. They’re trying to reach you through any primitive sound-producing devices you may have lying around—dictaphones, radios, megaphones, old broken speakers, the vibrations of the air itself—fiddling with knobs and dials and settings to accomplish varying degrees of successful communication. It could be useful advice, or a desperate cry for help from somewhere on the other side of oblivion. Better listen and find out.

I’ve made plenty of mixes showcasing the best in abrasive, in-your-face harsh noise, but there’s a whole other subsect of the genre that mines a somewhat less immediate, but no less affecting, viscerality from the tried-and-true formula of maxed-out electronics, evoking haze, lethargy, and claustrophobia via sleazy, droning, psychedelic transmissions. You can read my recent review of the new Manure Movers of of America tape for my take on this approach, but in truth this is great music for a variety of situations—a late night smoke session, perhaps, or even a lazy afternoon nap for the adventurous.

Noise Not Music
Powered by WordPress.com.