In a minimal format identical to last year’s list, here are my ten favorite albums that have been released during the first half of 2019. As always, the order is of little importance. 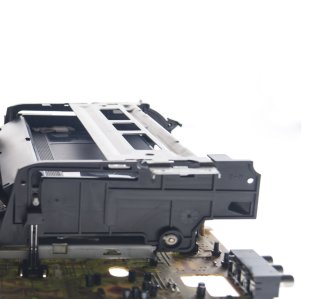 VHS is almost like an auditory laboratory experiment. This spellbinding album is the sonic result of sound artist Andrea Borghi’s choice use of objects, prepared turntable, and the innards of a modified VHS player. Moments of recognizable humanity in the form of video tape samples occasionally emerge amidst the beautiful din of crackling, buzzing electronics. Original review 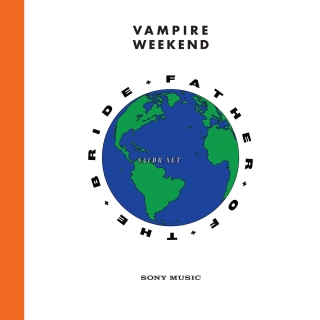 Vampire Weekend – Father of the Bride (Columbia, May 3)

Despite how much I love Modern Vampires of the City, I really didn’t have any expectations for Vampire Weekend’s first album in six years. But with Father of the Bride the band has released their best album. Moments of fragile beauty, infectious sun-drenched pop tunes, and cheerful style experiments are sprawled across the warmest, happiest 58 minutes one could ask for.

The disorienting collages of Nothing’s Good are some of Harrison’s most bewildering, conjuring abstract sound environments of strangled voices, warbling tape, and disparate found sound. The artist’s penchant for nondiscriminatory sonic palettes is at the heart of this album, where all sounds, from the familiar noises of humanity to unidentifiable scrapes and smashes to completely detached electronics, are on equal footing.

Structurally, Wordless Paragraph is a very unique wall release. It’s comprised of seven two-minute pieces, preceded and followed by two endcap tracks running four minutes and thirty seconds each. You’d think that such short durations would diminish the walls’ atmosphere and power, but that’s not really the focus here. The concluding “-” is utterly sublime. 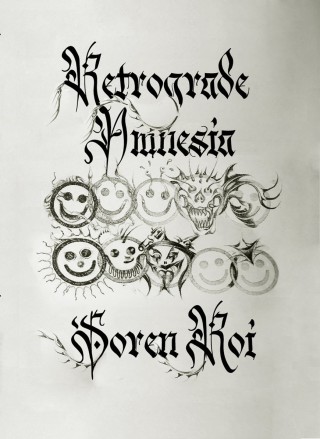 Despite its length, Retrograde Amnesia maintains focus throughout, Soren Roi’s evolving compositions of heavyweight industrial techno and deconstructed electronica always imbued with a sense of forward motion, driving and loud and hypnotic and punishing. This double tape commands attention at every moment.

Easily my most-played album this year. I wasn’t impressed with any of the singles, but all of them have since grown on me tremendously —with the exception of “Break Up With Your Girlfriend…” Regardless, thank u, next is Grande’s first truly personal artistic statement, a record that is her through and through, equal parts danceable hits and aching emotion.

The Wind in the Trees – A Gift of Bricks from the Sky (self-released, Feb 19)

With members of The Heads Are Zeros and Leveless, Baltimore’s The Wind in the Trees stirs up menacing squalls of complex, angular grind. Dark, surreal lyrical imagery is screamed with desperation over labyrinthine riffs and breakneck drums. The band offers a legendary conclusion with the invigorating “Blinding Miscalculations.” Original review 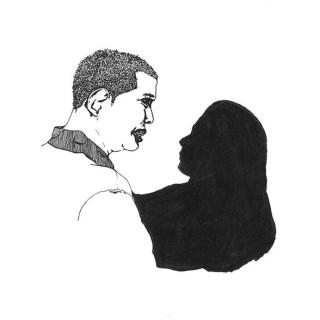 Even in Darksmith’s bleakest moments there’s usually a glimmer of hope, no matter how small. I’m not so sure that’s true for Poverty of Will, a terrifying odyssey through a desolate, unfamiliar world. I haven’t had a chance to get ahold of the companion art book, so I can only imagine the nightmares that are depicted by his distinct stark black pen drawings. Original review

Including this one is sort of cheating since it collects the band’s two previous releases: Compendio de Trágicos Presagios (2017) and Genealogía del Eterno Desasosiego (2018). However, its release this year enabled me to find this band, so I think it’s fitting. This compilation introduces a larger audience to Velo Misere’s amazing brand of raw, passionate depressive black metal. Original review

I tend to focus on material that resides in the experimental or avant-garde realm of music, but nothing is off limits. If you have an album you’d like me to review, please email me or comment on a post. When I say nothing is off limits, I really mean it. However, I only review albums I like, and the “reviews” themselves (“blurbs” might be a more accurate label, but god, what an awful word) are more intended to encourage discovery rather than to express my personal opinion. Also, I will be much more likely to review an album if it is not sent as a promo blast/press kit. I almost always restrict coverage to things that have come out in the past two weeks or so.

**I will no longer review or link to any material hosted solely on Bandcamp. Only submissions of any other kind—physical, file transfer, FMA, Soulseek, etc.—will be accepted. I know this is not the most convenient policy for many, but blame Bandcamp, not me. If you have rehosted previously reviewed material elsewhere and want me to switch links, please reach out.**

**Material hosted on Nina Protocol or any other platform associated with cryptocurrency, NFTs, or artificial scarcity of any kind is also very much unwelcome here.**