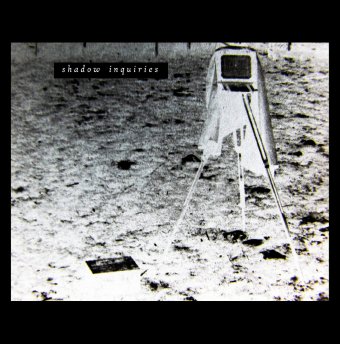 I knew the name Max Kuiper sounded familiar, even though I’ve never encountered Les Horribles Travailleurs before; Animi Sub Volpe Latentes, a 2016 Chondritic tape made by the duo of Kuiper and Thorsten Soltau, is an obscure forgotten favorite of mine. Unsurprisingly, a similar magnetism overtook me during a cursory exploration of Shadow Inquiries, which, thankfully, entirely fulfills the expectations of bleak, apocalyptic desolation that its cover engenders. Forming the basis of the first and longest piece is various cloying hisses of white noise, spouting like geysers from some invisible imperfection—who knows if accidental or intentional, or perhaps both—in the recordings, slowly unfurling to reveal sluggish sound events of decaying machinery, hypnotic whirring, and other sounds of slow industrial collapse. If you find yourself naturally gravitating toward these sort of sounds, but aren’t as partial to the “dark ambient” side of things, instead preferring the more direct, unadulterated evocations of Morphogenesis, Ultra, or Sterile Garden (with whom LHT have released a split), you will definitely feel at home here. The oppressive darkness gradually lifts from the unhurried soundscapes of clatter and current as the album progresses, and the third track is even rather beautiful.