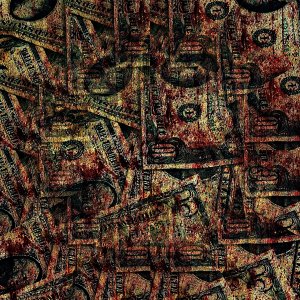 Wall noise is difficult to review, and to explain in general. I often find that I am unable to eloquently justify my enjoyment of it, despite it being an area of music to which I listen frequently. One thing I can confidently say, though, is that while an individual wall track may be homogeneous, the overall genre is anything but. Nothing better proves this than the widely varied and idiosyncratic work of Serbian artist Nemanja Nikolic, who most often operates as Dosis Letalis. His walls draw from a large pool of sound elements, including assaulting harshness, wriggling electroacoustic manipulations, and more. Confronting the Inhuman is a particularly soft and meditative album, its muffled field recordings slowly unfurling under a kinetic yet oppressive layer of noise. As with most Dosis Letalis releases, there is almost no progression throughout the duration, which for some may be a significant downside. But Confronting the Inhuman‘s organic, natural constitution lends itself well to stagnancy, and the album is anything but boring as I unpack the various layers whirling in my ears.