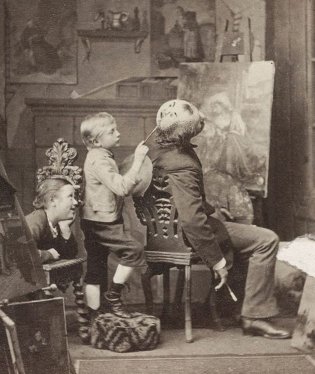 According to mostly uncorroborated legend, Edward Mordrake was a 19th century man with a unique deformity: he had an extra face on the back of his head. The strangeness of this deformity, and his disturbing pleas to have the face removed due to it whispering awful things to him at night, has led to a fascination with Mordrake’s case in some areas of popular culture. Though the mysterious anomalies is clearly based on him, the entirely instrumental and textural music explores the legend in an entirely unique way. The short album drips with darkness and fear, the reverb-filled tape drones and tense feedback loops creating a persistent feeling of uneasiness (and the unnerving album art helps quite a bit as well). Despite its minimalist approach, anomalies envelops the listener in a shroud of macabre terror over its brief duration, constantly implying that something terrible will happen…but nothing ever does. The only information provided about the album, which was written by A. T., is an ominous poem titled “An Exit,” whose final two lines are: “Remember the self is a door / An exit.” In conclusion, I’m sleeping with a night light for the next few days.