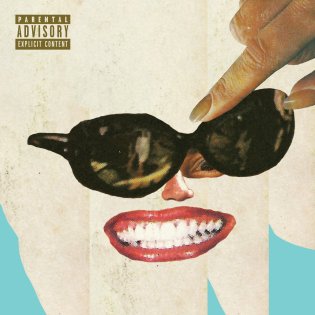 Black Moth Super Rainbow (hereafter BMSR) are back, and with possibly their best album yet. It’s the band’s first full-length since 2012; but the music feels as fresh as ever, and that youthful charm and wonder that makes me love BMSR’s music is still present – albeit with a more serious edge. Gone are the sickeningly sweet, noise-drenched dance songs of Cobra Juicy, in favor of a woozier, more subdued atmosphere that’s somewhat reminiscent of the band’s earlier work. But where those albums were sunny and warm, Panic Blooms is nocturnal and depressive, steeped in internal turmoil and emotion. Frontman and vocalist Tobacco’s heartbreaking lyrics hit close to home too often, and their impact is only intensified by his frail delivery and the multitude of effects that frame his voice, especially the glitchy fragmenting on “New Breeze.” It feels like more of a collaborative effort this time around; unlike Cobra Juicy, Tobacco’s predilection for energetic electronica is tempered by Maureen Boyle’s (The Seven Fields of Aphelion) airy ambiance, Ryan Graveface’s haunted folkisms, and others. Each time I listen (which has been many times since it came out) I like Panic Blooms even more, and it makes me really hope that BMSR will be back with more music soon.