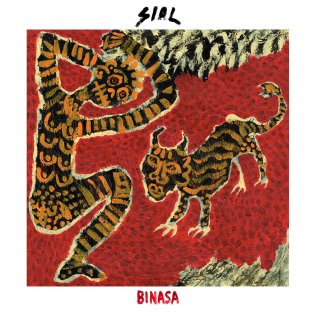 The deeper you get into hardcore the more you come to fathom the dizzying amount of this stuff there is out there. Sure, it’s daunting at times, but it also means that when you find something amazing, it’s that much more satisfying. Binasa, the new 7″ by Singapore band Sial takes inspiration from the brash, noisy brand often dubbed Japanese hardcore, upping the ante on the already intense style of last year’s self-titled LP. Legendary hardcore mastering engineer Will Killingsworth ensures that every sonic aspect shines to its full extent: the tempos are faster, the guitars are louder, the drums sound like jagged junk metal being played with rusty knives, and the vocals are even more tortured. This latter element might be the most crucial; the raw fury in vocalist Hafiz Mohammad Shamsudin’s shrieks is palpable, emanating from her vicious words in waves. Binasa is truly a punk record: from the socially progressive lyrics to the hand drawn cover by drummer Izzad and disregard for flawless technicality in favor of all-out assault, it’s filled with more anger and aggression than many albums four times its length.