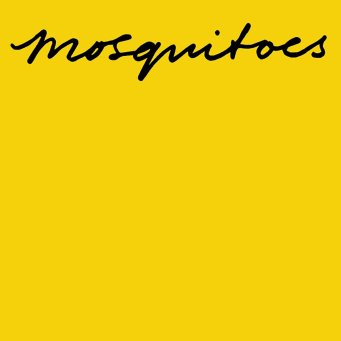 This one came out quite a while back, but I only recently discovered it — and liked it so much that I felt the need to write about it. “New-ish” UK project Mosquitoes picks up where many bands in the short-lived no wave scene left off. In my experience, no wave revival mostly takes the form of irreverent, angular noise rock with deranged vocals, and most of the records I have heard don’t offer much in the way of new territory in either a modern context or with reference to the original movement. Mosquitoes, however, takes the deconstructed rock formula explored by acts like DNA and Mars even further, using conventional instruments in unconventional ways on their debut release Drip Water Hollow Out Stone. In this case, unconventional is a gross understatement; if DNA dropped rock music on the hard concrete floor and worked with the broken pieces, Mosquitoes kicks those pieces around until they break into dust. These unsettling, hulking “songs” build themselves on rickety foundations of rattling drums, stumbling bass, hypnotic vocal repetitions, and unpredictable guitar interjections. On opener “Drip,” tremolo guitar drones unseat a tentative groove created by a disjointed rhythm section, while the vocalist forces ragged cries out of a resistant throat. “Out” is a bizarre masterpiece, with disintegrating guitars and indecipherable words in an alien language building to a violent climax. I could go on and on; Drip Water Hollow Out Stone’s 24 minutes are stuffed with surreal density that even after listening to it every day for the last week or so I’m still discovering new things.