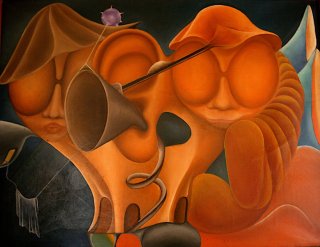 Alice & the Smoke Castles of Paris is Manja Ristić’s heartfelt tribute to fellow Serbian artist Alisa Simonović, an oil painter whose work has been lost to time, though it played a significant role in Ristić’s life. She grew up with a few of Simonović’s paintings, and was especially partial to a mural that hung in the home of the artist’s mother that has since been lost. This work takes the form of one of the most personal and impactful ventures an artist can take on: that of a homage to a respected fellow artist, especially one who has been underappreciated. On Alice & the Smoke Castles of Paris, Ristić structures her expectedly astute use of field recordings and abstract textures around the somber notes of an old piano in Simonović’s family home, an element than even absent of context instills an ineffable sense of emotion and reverence. According to Ristić, the compositions feature “spontaneous interventions or unresolved movements,” a statement that might imply that the album feels disjointed or difficult, but that couldn’t be further from the truth; instead, the way the sounds are placed, anchored by the plinks of the piano yet creating an immersive and spacious environment, makes for music that flows seamlessly from the creator’s thoughts. The final piece, “Lament for Alisa,” features unaccompanied piano with sublime use of the instrument’s broken foot pedal, a fulfilling end to a work steeped in feeling. Another masterpiece from one of the most talented sound artists out there right now: surprise, surprise.