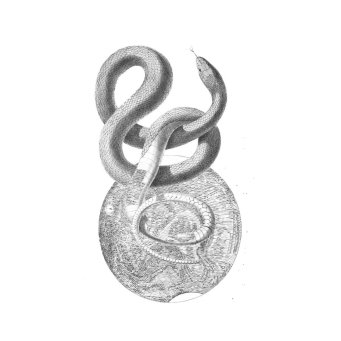 Mare di Dirac is the duo project of sound artists Luca Di Dato (better known as Poseitrone) and Lorenzo Abattoir, the latter of which has produced much of my favorite music in and outside of 2019, from the new Psicopompo (Abattoir & Hermann Kopp) LP Seven Sermons in Stone on Alien Passengers earlier this year to legendary static noise explorations LACH (self-titled cassette by Abattoir & Clive Henry) and Your Sewer / My Church under the alias Nascitari. The two musicians have also collaborated as Meconium, a conceptual piano exploration, but as with all of Abattoir’s collaborative efforts the music of Mare di Dirac is an entirely different beast, combining electroacoustic processing with rhythmic, spiritual traditional musics. In their words, Mare di Dirac is “based on the fundamental principles of quantum physics applied to field recording of ritualistic practices from different traditions,” an arcane mission statement that becomes much clearer once you hear Ophite Diagram. From the first moments of “Preludio” this focus on that strange duality is realized; the band establishes a dark, foreboding atmosphere within which their detailed dissections can occur, a construction that on this track specifically is helped along via the contributions of clarinetist and fellow sound explorer Mauro Sambo. Ophite Diagram is sure to be a strange and fascinating journey for listeners, especially if they have experience with ritual ambient music, because this is certainly unlike anything under that descriptor I’ve heard. The deliberate, plodding, hypnotic rhythms of tribal percussion occasionally crop up as familiar handholds on tracks like “Cista Mystica,” but such moments are always surrounded by the shifting clusters of processed recordings, buzzing and creaking and crackling and tumbling like some impossibly complex, kinetic collage-sculpture of metal, wood, and drum skins. The deeply deconstructive nature of the album is additionally reflected in the track titles themselves, from the vaguely promissory “Evocation ov Something” to the subversion-acknowledging “Serpent’s Hologram.” Though bathed in pitch black dread-drones and yawning chasms of reverb, Ophite Diagram is uniquely tactile and fragmentary, simultaneously evoking and dissecting the mysterious religiosity that this sort of music so often evokes.