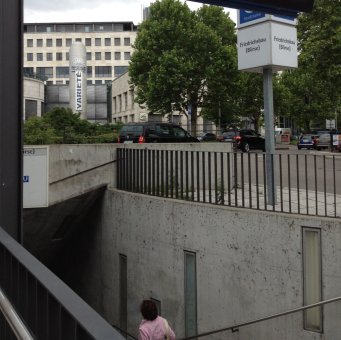 This digital-only release makes available a live recording of this apparently short-lived quintet captured nearly a full decade earlier (July 27, 2011). The Rock Flint Contemporary Ensemble consisted of Todd Brunel (woodwinds), Junko Fujiwara (cello), Forbes Graham (trumpets, laptop), Luther Gray (drum set), and Andrea Pensado (voice, electronics), an eclectic assemblage of hooligans who raise a racket that is as much curious basement-floor noise jam as it is raucous, technical free jazz. Pensado’s workstation is the main source of oddness within the instrumental maelstrom, often resembling the grinding whir of electric power tools or the squirrely glitches of a seizing VCR, although it’s not always clear where her contributions end and Graham’s software-summoned intrusions begin. Whether the moment is calm or cacophonous, however, Fujiwara and Brunel maintain a magnetic interplay, the former either bowing an imperfect scale or plucking a furious pizzicato along to the latter’s snake-charmer-on-stims clarinet serenades and agile sax skronk. With only the aforementioned elements, Forgotten Potions may have ended up a more reserved affair than this, but Gray’s presence on the kit gives each and every second a breathless urgency, creating a pace like a sprint whose only finish line is slowing down and then sprinting again; even during the hissing mouthpiece interlude on “Sabinene” you’re just waiting for all of the frenzied fanfare to kick back in. And oh, does it ever.