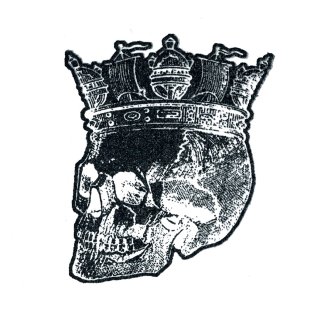 In what is presumably a release halfway between EPs 1 and 2 of Vytear’s series on Occult Research, the producer (aka Jason Begin) far surpasses the limits of last year’s Kingtrips EP1 and delivers an ambitious C60 of twisted techno and concrète contortions. While the “EP” seems to be loosely organized into tracks, its two thirty minute halves aren’t split up in any way, mirroring the music’s meandering and free-form nature. The rhythmic beat music of EP1 is still often present, but it’s even more effective and appreciable amidst the tumbling, whirling collages of synthetic sound. My favorite instance of this is midway through side B, when a hypnotic, bouncing groove is built up after a long period of aimless noises, and after it worms its way into your head it morphs into a new, even weirder rhythm, which in turn begins to collapse back into chaos. These changes are dizzying but not in any way sudden or unwelcome; Begin displays a masterful control of every sound he makes, and despite EP1.5′s less-than-concise structure everything feels well planned out, maintaining a sense of direction even during the most stagnant sections.