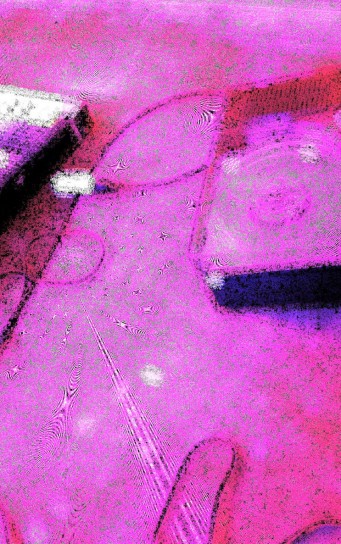 When complex musical works are produced with befuddlingly simple and explicitly stated approaches, it makes my job more difficult because then I’m not off the hook for not describing what’s actually going on; I can’t turn to listing novel techniques or speculating about the mysterious host of materials used to avoid doing the heavy lifting when, as in the case of .dots, the release’s humble sources are laid so bare: “a tuneless piano and a random signal generator.” Turning to truly face the actual content of this cotton-candy packaged delight from Matteo Berghenti’s project Konakon, rather than just letting its sharp, saccharine fidgets wash over you, is an intimidating task, because despite Berghenti’s tendency to turn toward more conventional electronic idioms in crafting this music, .dots is pretty damn odd. The piano that’s used is, as the doctor ordered, quite tuneless; any harmonically pure chords that are played are soon transformed into dissonance by a disconcertingly offset extension, while in some tracks like “.06” one can barely discern the presence of a piano at all. The album seems to hover in and around a gossamer partition between tactile and artificial sound synthesis, thought it certainly drifts more toward the latter as it progresses, culminating in the lethargic digital haze of “.07” and spidery chaos of “.08.” Would .dots still be such a fascinating release even if its origins weren’t so pleasingly minimal? Probably. Does it help? Definitely.