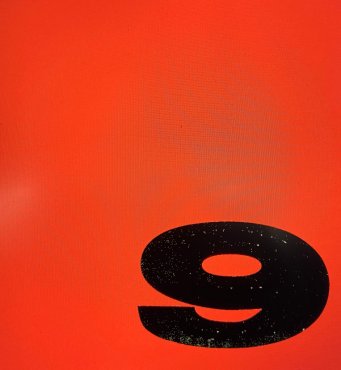 Memphis MC and producer Gavin Mays, known to most as his musical alias Cities Aviv, doesn’t really rap over his beats in the conventional way. Instead, he raps with them, frequently adopting a style of delivery somewhere in the messy intersection between rhythmic syllable conveyance, singing, and simple speech. Mays’ passionate, stream-of-consciousness lyrical labyrinths are well-suited to the longer forms of much of his recent work; the superb GUM, released earlier this year, closes with a continuous 45-minute suite of sorts, and this album, ACCOMPANIED BY A BLAZING SOLO, is his first document that consists entirely of a single track. Song titles are listed, and the transitions between these sections are easily perceived, but like with all of Cities Aviv’s discography it’s a much more advantageous and fulfilling course of action to just drift along with everything. The vocal presence feels more purposeful and intricate than ever before, however; Mays tightly wraps himself in a warm, symbiotic embrace with whatever instrumental he’s using, sometimes directly quoting the words of a sung sample or using those lyrics as free-associative springboards for his own personal musings. Awash in a lush stream of smooth, subtly deconstructed soul collages and sparse percussion, the listener eternally anticipates the sporadic yet deliberately choice entrances of Mays’ vocals, but not for a lack of emotional resonance—whether he is actually “rapping” or not, every second of ACCOMPANIED drips with personality and poignancy, and even when it is present it’s just another abstract element for indirect evocation, an inexorable piece of this intricately crafted, homogeneous sculpture of grief, nostalgia, confusion, reverence, and uneasy contentment.